As a developer, you are constantly iterating on your code. I never consider anything truly finished and sometimes I just want to build something to completion. On Amazon Prime Day, they had an Ultimate Collector Set Tie Fighter on sale for $120 (originally it’s $200) so I scooped it up and finished it below. It was a really fun build and it took me back to the old Gundam/Zoids builds I did when I was young. I didn’t know that Lego had lines for adults (or older children =)), but it does.

With the Lego Ultimate Collector’s Series in particular, they rotate production so each model is a limited edition, and it’s extremely expensive, between $300-500 depending on the build. That being said, when they’re finished they look amazing. The Tie Fighter I built was 18.5” or a foot and a half tall on the stand and took me 4 days to build at 2 hour sessions a piece.

I enjoyed the build process and really liked the little touches under the exterior that you get to see as you’re building it. That being said, the set itself is pricey and can be even more expensive if you buy them after their time in rotation. See the $6,000 (originally $500) 5195 piece Millenium Falcon sold in 2007 Millenium Falcon. In rotation now is the 2144 piece Assault on Hoth for $250 on Amazon Assault on Hoth. I knew Lego had done well after watching The Lego Movie but I didn’t realize just how far they’d come.

In the first half of 2015 they surpassed Mattel as the largest toy manufacturer in the world with $2.1bn in sales. They also have a documentary made in 2014 A Lego Brickumentary. Needless to say I’ll be looking for more UCS Star Wars Lego models but I won’t be getting any until they go on sale again. 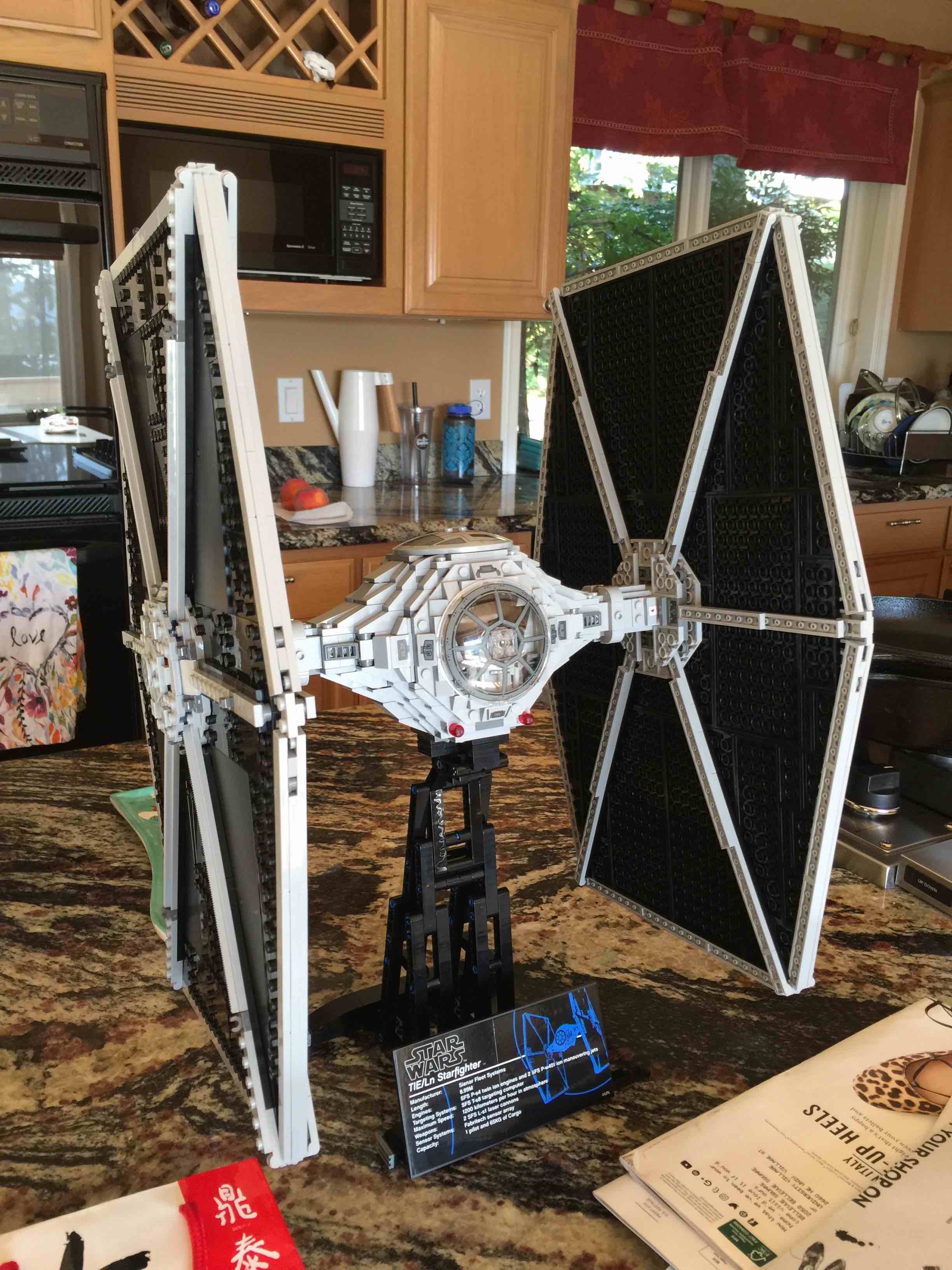